Recently I had the pleasure of designing a few options for a potential remodel of our lobby here at HQ. During this time I also trialed Autodesk 360's rendering service and I must say, I am impressed. What I liked most about it was the speed with which it rendered. The quality of the images was fair/good and the way it handled material textures was good, in fact in some cases better than Revit. But then the cloud handled some things a little oddly.
Looming deadlines are the modus operendi for Architects. Unfortunately for us, renderings usually take time and unless you have workstations set aside for rendering, you've got to juggle your time in Revit and your time rendering such that you can accomplish what you need in the nick of time. Well at least you used to have to juggle your time. With Autodesk's 360 cloud rendering, juggling time has become less of an issue. The cloud is FAST. And it's easy. Take the two draft images below for example. Both were set to roughly equivalent quality and size settings, though the model was at a different level of completeness in each which should explain the subtle differences. Revit took 1 day, 9 hours and 24 minutes to render. The Autodesk cloud took roughly 10 minutes.

There are some noticeable differences though. It seems as though the cloud uses a different rendering engine. In fact if you check the Help, you'll find this statement:


"The rendering service relies on a new, highly optimized rendering engine. Minor differences in the appearance of materials should be expected."

In general the Revit rendering has a softer look to it which I like.

Note that some of the materials are not showing up in the cloud rendered version for the bar, and the chrome of the coffee table. These use stock, out-of-the box materials (Cherry and Chrome) so I sent off a note to the nice support folks about it. Apparently there's an issue using the "Tint" feature in the Revit material editor, though this was not used in these materials. They're looking at the file at the time of this writing and I'll try and update this post if I get a response/solution. I changed the materials for these elements to Wood - Cherry and Metal - Chrome and it rendered fine.
The wall paint is also very different in appearance in the two different renderings. Some of this has to do with the exposure settings but the mottling of the material is typical Revit rendering effect. If you adjust your rendering settings in the Custom options, you can eliminate the mottling but I find it comes with a time cost.
The textured wall behind the receptionist turned out to be incorrectly rendered in Revit but correctly rendered in the cloud. As far as I can tell the texture and the bump are not aligning correctly even though they were locked and use the same image:

The lighting in the above draft has not been adjusted in terms of color. To make the fixtures glow, I created a new material called "light glow" and set the Self Illumination to create the fixture glow:

I later adjusted the color to match that of the fixtures photometrics.

The lighting in both looks fairly good but in both the Cloud and Revit I had to adjust the exposure and white point to get the right brightness and tone.
The odd thing about the lighting is that in the cloud rendered image, there's a black plane showing up in the fixture, perpendicular to the direction of the luminance, that is not in the family and isn't rendered by Revit. I ended up switching out the fixture for a different one as I couldn't find a way to eliminate it.

At the end of the day, I ended up finalizing the design and rendering 6 or so images via the cloud, blowing through the 25 free "cloud credits" and generating some good images for the presentation. I recommend you use the free "standard" setting until you are completely satisfied with the output materials, textures, lighting and so forth, before you spend your credits on rendering a "final"  Large image.  The dialog will let you know how many credits are required and this website has a breakdown of cost and the different settings. All in all the convenience is well worth the cost. You get 100 Cloud credits allocated annually for each software license on Subscription. According to the Revit Kid, Autodesk Cloud credits cost a buck each.

Checkout this post and book on classical architecture... Great stuff and some super tips for aspiring Revit Masters.
http://revitswat.wordpress.com/2013/11/09/renaissance-revit-by-paul-aubin/ 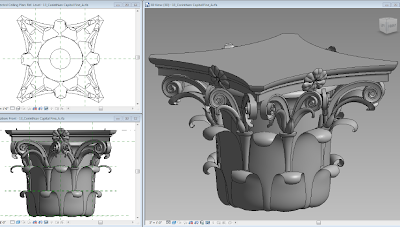 Posted by craig barbieri at 7:39 PM No comments: 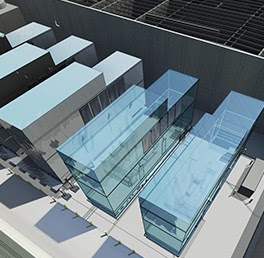 This is a cross-post with Digital-Tutors. To view the post on their blog, visit DT Labs.

In a recent interview with Digital-Tutors I was asked what market and software trends I saw involving BIM and Revit. They were only able to include one trend in the release but what follows are my insights in full.

Clients Want Revit
What we see at our firm, and what I know others are seeing as well, is that savvy clients are saying their project is a BIM project and you’re going to use Revit. I think it’s what’s forcing a lot of firms to make the transition. Those firms that have already or are in the midst of making the transition are in a good spot. Design firms don’t want to end up like Kodak, B.Dalton or the music industry, where they falter in adapting to a major disruptive change in the way things are done. Revit is enabling designers to deliver a better product, a coordinated set of design docs that reduces construction costs and improves overall project outcomes. Who wouldn't want that? 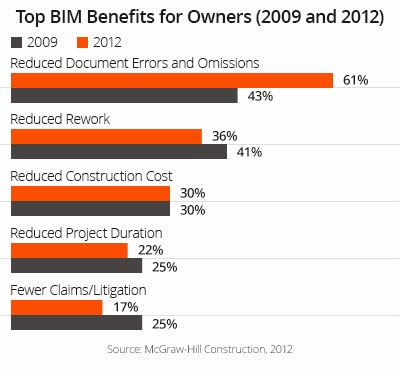 Analysis Isn’t Just for the Big Dogs
In terms of a multi-disciple firm, like we are, we're seeing the incorporation of the types of analysis we do become far more accessible. As such, it's perfectly reasonable that a small firm can now do very expensive computation fluid dynamics analysis with tools they have on their desktop, or even laptop, through the cloud without having a very heavy-duty computer at all. That's a huge change. Five to ten years ago, you had to have a fairly expensive piece of hardware and even more expensive software to run analyses.

Isometric Cake Walk
Back in the day, we used to do isometric drawings, or hand draw 3D details/cutaways of a very complex part of a building, and we moved away from that in CAD because it was fairly difficult. Now, in Revit, it's a piece of cake and firms are bringing them back. Those kinds of drawings are so much more useful for a contractor, showing how things are joining up in three dimensions.

Contractors Don’t Want Your Model
What's also very fascinating is looking on the engineering side. You’ve got MEP engineers using Revit MEP to create these systems and drawings like they always have. On the other hand, contractors have gotten far savvier with BIM lately, so much so that they're requiring their trade contractors, like sheet metal fabricators, to produce fabrication models. It's come to the point where the trade contractors say to the design engineers, "We don't want your model. Draw a single line where you want these ducts to go, and we'll create the model." It leaves MEP engineers in an odd position. How do you adjust to that sort of change in the industry? I don't have an answer for that.

Learn more about me in my Digital-Tutors Featured Tutor interview. See more from watching my Revit tutorial on Designing and Documenting a Building in Revit. 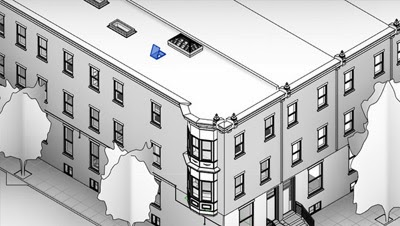 Posted by craig barbieri at 11:43 AM No comments: